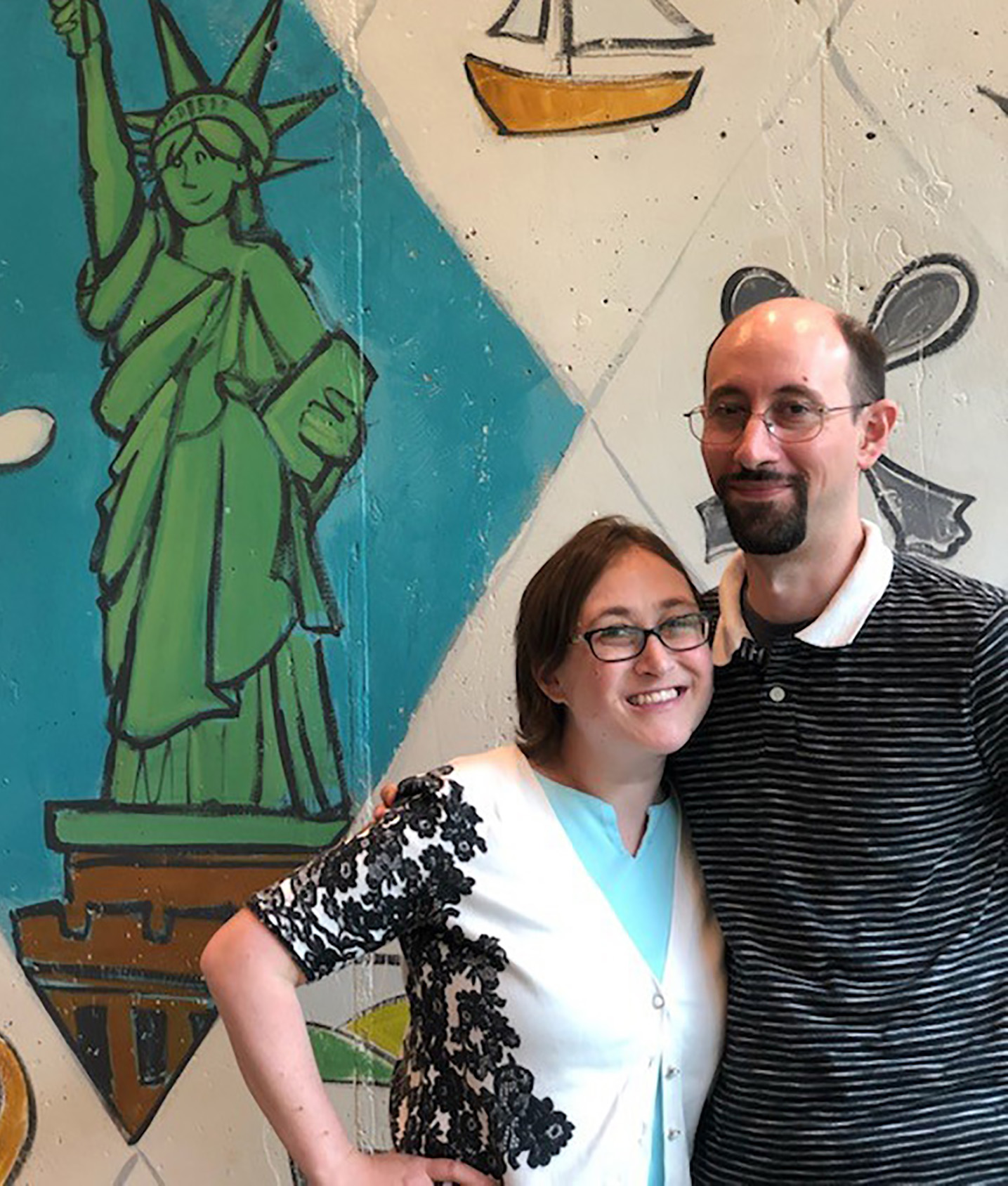 In April 2019 I was diagnosed with a skull base meningioma in a very complex area of the brain around the brainstem (the critical main cable transmitting all information from the body to the brain and back). I found myself in what felt like very random situations not understanding what people were saying to me, and at one point I sort of serendipitously realized that it was because I couldn’t hear out of my left ear. One of the things you learn in medical school is that unilateral hearing loss is often more of a concern than both-sided hearing loss. A head and neck (ENT) surgeon told me that I needed an MRI.

So, I had the MRI at 8:00 am, and by 4:30 pm they were calling me back with the results. They described to me a large 3-cm mass in my left CP (cerebellopontine) angle, and it seemed to be involving the auditory nerve on that side. The tumor was significantly pushing my brainstem and was deep in the skull base. There were some features in the imaging that were most predictive of a benign tumor.

I went to see a surgeon at the University of Cincinnati who said that the tumor was big enough to recommend surgery. He listed the nerves that were running in the area of the tumor, and I thought back to my first year of medical school, when I had learned about cranial nerves and what they do. I thought to myself that after surgery, I could have trouble swallowing; I very much enjoy singing, and I might not be able to sing again, to say nothing of the fact that I was almost guaranteed not to hear. The surgery was so risky that it could affect every movement in my body and face due to the adherence and proximity of the large tumor to the brainstem. The risks and complexity of the surgery were overwhelming. Faith in a Surgeon

I knew that this was not a situation that even the most skilled of neurosurgeons faces on a daily basis. I visited very accomplished neurosurgeons at my hospital and state and finally reached out to a friend of mine from medical school who is a neurosurgeon, and she recommended Dr. Cohen quite strongly through his work with The Neurosurgical Atlas. She was giving some serious consideration because, like me, she realized technical skill was going to make all the difference in the world here, so she was thinking of who she was aware of who would likely be the best fit in the country. She said, “you have to go see Dr. Cohen.”

I went into surgery thinking, “oh, this could be it for several functions that are near and dear to my heart.” While it’s incredibly normal to feel scared of almost any surgery, this one really felt like a big risk. Ultimately, the surgery was both significantly shorter than anyone in my family expected but also significantly less complicated than we were concerned about it being.

I woke up, and everything felt like it had before, and that was just amazing. I went back to work within 5 weeks. Since then, my husband and I have adopted a beautiful baby girl, and I’m able to be an awesome, very normal mom with a way more normal life than I ever expected. Considering the complexity of the surgery and the real technical skill required, I’m just so thankful to be doing as well as I’m doing, and I can’t thank Dr. Cohen enough.