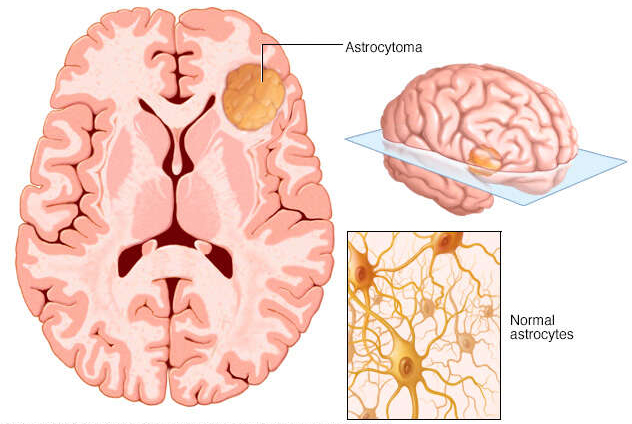 What Is an Astrocytoma?

Astrocytes are cells found in the central nervous system, which is composed of the brain and spinal cord. They are named for their appearance, astro for star, and cyte for cell. Thus, they are star-shaped cells. Unlike neurons, or nerve cells, they do not transmit electrical signals, but instead support the neurons. They help with detoxification, providing direction for migration, nutrients, and even healing.

They also help form the blood-brain-barrier, a tight seal that prevents unauthorized access to sterile nervous system components. An astrocytoma, or astrocyte tumor, forms when astrocytes grow and reproduce abnormally. When abnormal growth is slow and the tumor is non-invasive, the glioma is said to be benign. When abnormal growth is fast and the tumor is invasive, it is referred to as malignant.

A type of tumor called glioblastoma is thought to develop from astrocytes, although there are other candidates that can potentially cause this tumor as well. Glioblastomas are highly aggressive (cancerous) and make up approximately 16% of primary brain tumors (tumors originating in the brain).

Various factors are thought to play roles in the development of astrocytomas. Genetic mutations are believed to contribute to astrocytoma formation. Rare types of genetic disorders may accelerate these mutations and their tumor-forming abilities. Exposure to ultraviolet radiation, ionizing radiation, and immunologic deficiencies have also been implicated in tumor formation. Occupational exposures to metals and paints, as well as agent orange, and stress have been implicated without clear evidentiary support.

What Are the Signs and Symptoms of an Astrocytoma?

How Is Astrocytoma Diagnosed?

Diagnosis begins with a medical history and physical examination. The physician will ask questions about when symptoms began, how severe they are, and what makes them better or worse. A thorough physical examination will emphasize and document neurological changes and may include testing reflexes, limb strength, vision, hearing, balance, sight, coordination, and other indications of how the nervous system is functioning. 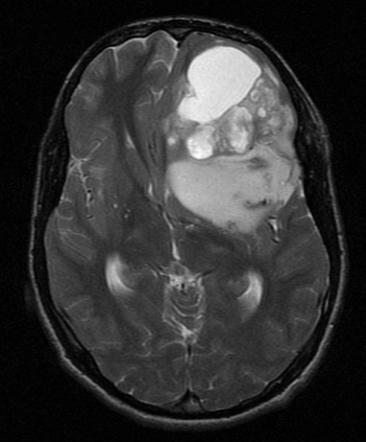 To learn about the grade or invasiveness of a tumor, neurosurgeons can remove a small specimen, called a biopsy, through a short surgery called stereotactic biopsy. A medical specialist called a pathologist will examine the biopsy specimen under a microscope to learn its grade. This will guide the patient and physician in planning treatment and knowing what to expect.

The more tumor removed, the higher the chance of longer survival. The experience of the surgeon is important in making sure that a more extensive tumor removal does not pose more neurological risk to the patient.

How Is Astrocytoma Treated?

Surgery, radiation, and chemotherapy are the tools most often used to treat astrocytoma. Other medications are also available to make treatments more effective.

What Is the Prognosis for Astrocytoma?

Astrocytomas are classified into four grades, each with its own prognosis: