What Are the Symptoms of Glioma? 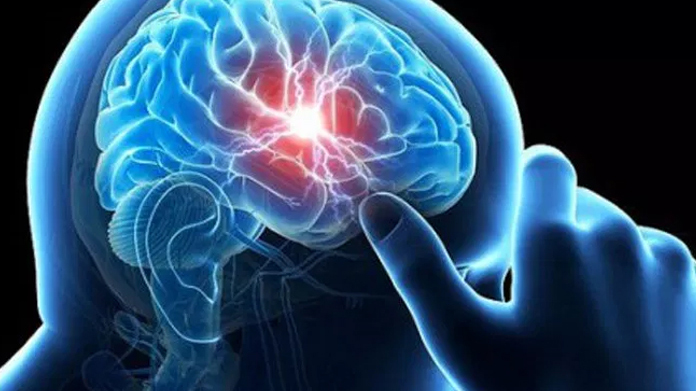 Gliomas can cause puzzling and nonspecific symptoms that overlap with the symptoms of other diseases. The symptoms can also be subtle enough (such as memory difficulties and personality changes) to significantly delay the diagnosis and treatment. The brain is the body's control center, so when a tumor causes irritation, many symptoms may occur. This article will provide insight and understanding into the symptoms of gliomas.

Symptoms can vary based on the glioma’s location, size, and severity or aggressiveness. For example, if the tumor is located near the cerebellum (the part of the brain that controls coordination) the patient is likely to experience balance difficulties or sudden falls. However, if the glioma irritates the temporal lobe (the part of the brain controlling memory, language comprehension, and emotions), symptoms might include confusion or forgetfulness as well as seizures.

Therefore, gliomas can cause a broad range of symptoms. Unfortunately, gliomas may not be symptomatic until they have reached their later stages of growth and brain invasion. Below, I will offer answers to some of the most common questions patients ask about brain tumor symptoms.

To start, let's uncover a general list of common symptoms. As you will see, many of these symptoms can mimic other sicknesses and diseases.

Some of the most common symptoms of gliomas include:

These are a few of the possible symptoms. We will address some common questions about glioma and glioblastoma (the most severe glioma) symptoms in the next sections.

Where Do Glioma Symptoms Come From?

However, the growth of a tumor can also increase pressure in your skull (intracranial pressure) which is a closed space and therefore contains finite amount of space. This increase in pressure can cause general irritation and severe headaches (especially upon awakening from sleep). In rare cases, excessive intracranial pressure can begin pushing the brain dramatically (herniation) and lead to sleepiness and even coma.

What Parts of the Brain Cause Each Glioma Symptom?

Gliomas cause such a wide variety of symptoms because the brain has many regions with different functions. Think of the brain like a house. If you disrupt the electricity, the lights go off. If you tamper with the plumbing, the shower stops.

Alternatively, the front of the brain (frontal lobe) controls judgment, personality, and mood. If the frontal lobe is affected by a tumor, you could experience irritability and lapses in logical reasoning.

This pattern continues throughout the brain, with specific areas causing specific symptoms. However, the size and type of glioma will also play a role in the severity and progression of symptoms. We will talk about this in the next section.

How Long Does a Glioblastoma Take to Develop?

Unfortunately, we cannot diagnose gliomas early enough to know how long it takes for them to develop and use this information to change their overall prognosis. They are often symptomatic after they have invaded the normal brain. We do know that the growth rate of a glioma depends on the specific type of tumor. The more aggressive type of glioma such as glioblastoma grows more quickly and presents with highly progressive symptoms. Lower-grade gliomas that are less aggressive produce symptoms that progress more slowly.

Very low-grade gliomas such as pilocytic astrocytomas glow very slowly and are associated with excellent outcomes after surgery. These non-aggressive tumors are called benign tumors and are self-contained.

How Long Can You Have Glioma Before Symptoms Begin?

You will begin to show symptoms from glioma when the tumor starts inhibiting and/or irritating the surrounding brain tissue. This growth could take a couple of years or a couple of months. It depends on the type of tumor and the rate at which the tumor grows.

The tumor's location can play a role in when the symptoms begin. If the glioma develops in a highly sensitive and specific area of the brain, symptoms may manifest sooner.

Unfortunately, many patients do not alert their physicians until they have noticed recurring symptoms for several months. Since the symptoms overlap with those of many other diseases, it is difficult to reach the diagnosis quickly. Several tests and imaging studies are needed before the neurosurgeon can advise a plan for final diagnosis.

What are the First Symptoms of Glioblastoma?

The first symptoms of glioblastoma are often vague. Many patients report early symptoms of headache, drowsiness, instability, memory difficulties, or irritability. Many patients ignore these early indicators, only seeking help when more serious symptoms develop, like seizures, weakness, or decreased level of consciousness.

In addition to the early symptoms, many people are curious about late-stage symptoms of glioblastoma. As you might guess, these symptoms tend to be more severe.

Here are several signs and symptoms of advanced glioblastoma: