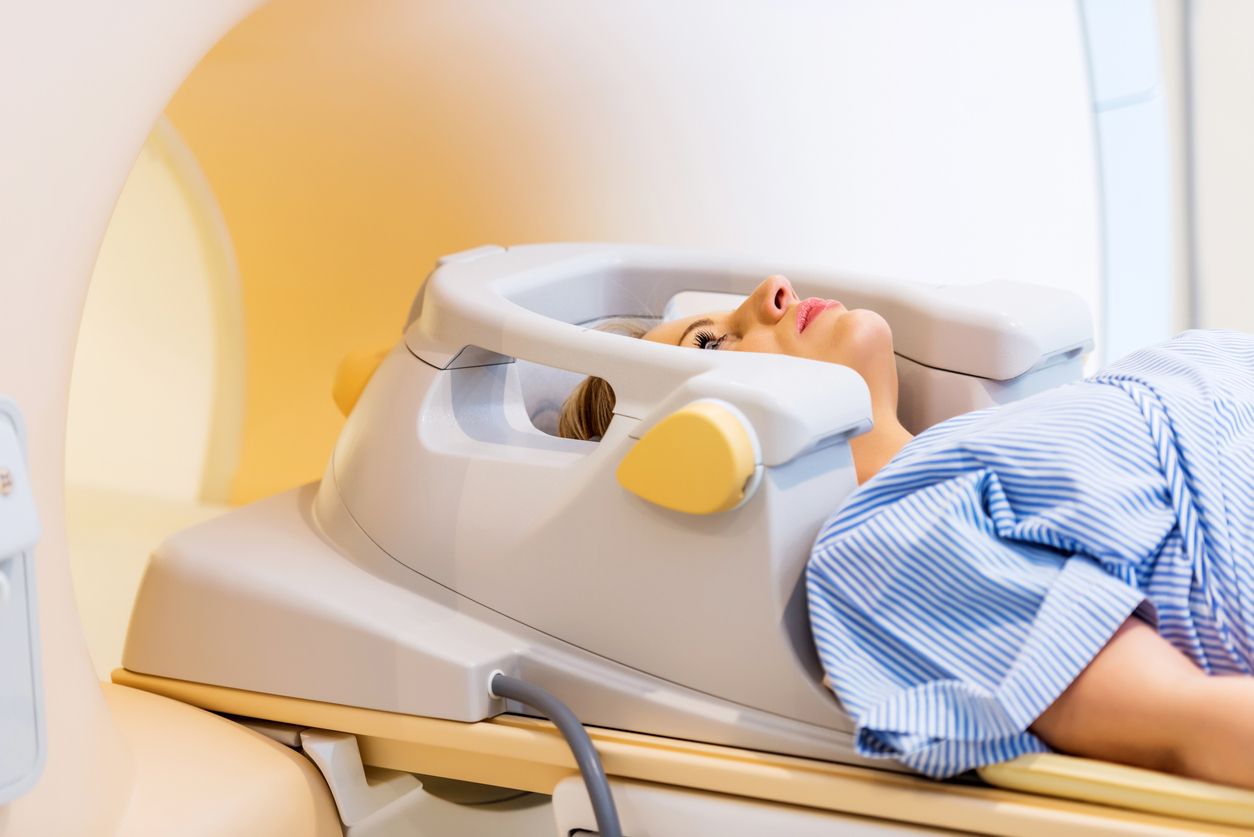 Gliomas are common types of tumors of the brain and spinal cord. Gliomas can be relatively benign (non-cancerous) or malignant (cancerous). Even relatively benign gliomas can cause neurological deficits depending on where they are in the brain or spinal cord. Malignant gliomas are notoriously fast-growing. Gliomas can negatively impact your health-related quality of life, causing physical pain, personality changes, confusion, and memory loss. Options for treating gliomas include surgery, radiation, and medications including chemotherapy.

In many cases, surgery is the first choice of treatment. The neurosurgeon will attempt to remove as much of the tumor as possible without damaging healthy tissues. It is almost impossible to remove all of a glioma with surgery, which is why surgical intervention is often followed with radiation and chemotherapy. Radiation therapy targets the tumor, slowing their growth. Below, we will take a look at how radiation is used to treat gliomas, what treatment may look like, and what you can expect to experience in the long-term after radiation.

When you receive radiation therapy, a machine uses high-energy beams to target and kill tumor cells. This is called external beam radiation. These beams contain particles called photons, protons, and electrons. Here is what you need to know about these particles: 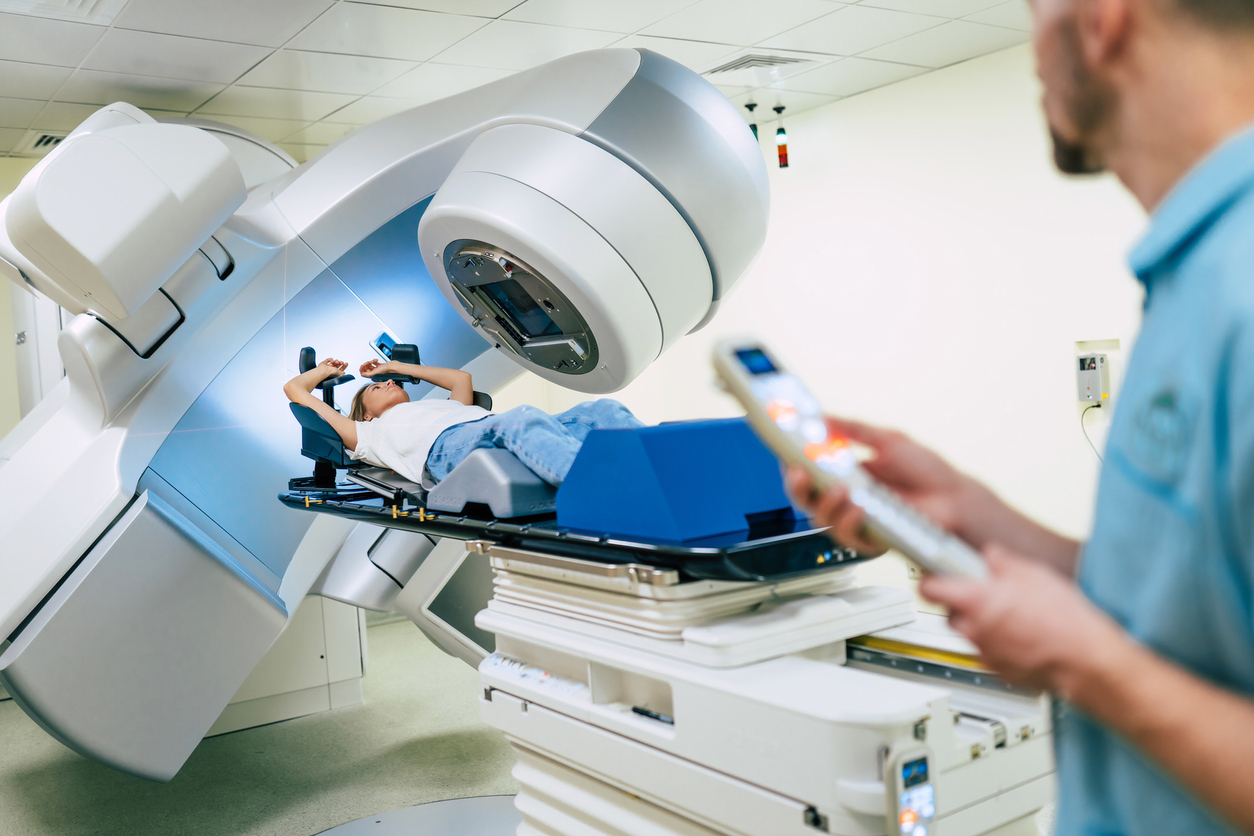 There are a few different types of external beam radiation that are used to treat many different tumors throughout the body. However, these are the ones that are most often used in the treatment of gliomas:

Your doctor will be able to determine what type of radiation is right for your specific glioma.

Most people receive radiation as an outpatient. This means you receive radiation at a special facility, such as a comprehensive cancer center or hospital, and can go home afterwards without staying overnight. You will be able to lie down or sit while receiving treatment, and your doctor will ensure that you are comfortable.

While it is being administered, radiation therapy will not hurt, and the treatment will be completed within a few minutes to an hour. You simply need to relax and be as still as possible, so that the radiation is delivered to the proper area. Usually, people will receive treatment for several days, with a break for your body to rest and repair any damage caused by the radiation.

Side Effects After Brain Radiation

Radiation is an effective treatment for glioma. Treatment technology and methods have become much more advanced in the past few decades, minimizing post-radiation side effects. However, there are still a few side effects that you should be on the lookout for. The type of side effects you might experience will depend on the prescribed dose, schedule, and method of delivery. Here are some possible short and long term side effects.

Short-Term Side Effects After Radiation

Shortly after your radiation treatment, and in the weeks following, there are a few symptoms you might notice. Fatigue (feeling tired) after radiation is commonly experienced by many patients. Soreness may occur at the site of radiation or in the neck or back depending on the position and length of time you are required to remain still.

Changes in your skin or hair loss are also commonly encountered side effects. Since your head is being targeted with radiation, that is where you may notice peeling, itching, or darker patches on your skin. Fortunately, these side effects often disappear within a few days or weeks after your treatment is complete.

Long-Term Side Effects After Radiation

You may see changes in your body months or even years after your radiation treatment is complete. A few examples of possible long-term side effects include:

It is important to remember that radiation therapy is considered safe and effective in treating gliomas. After receiving radiation therapy, you do not become radioactive, which is a common thought among patients and caregivers. After your radiation sessions, it is safe to be around other people, and you cannot pass on radiation to another person. While there is a potential to encounter side effects, life after radiation often involves resuming daily activities as tolerated.

Can Brain Tumors Come Back After Radiation?

Brain tumors can recur after radiation treatment. Treatment does not always eliminate tumors, even if it is shown to slow growth and recurrence. It may take months or even years for tumors to recur, if they recur at all. Your doctor will likely want to continue to monitor your progress with regular brain imaging (MRI), even after your radiation treatment is complete. This can help them detect glioma recurrence and establish a subsequent treatment plan without delay.