If you or a loved one has recently been diagnosed with a meningioma, it is common to have many questions regarding the diagnosis. Meningiomas are the most common primary brain tumor, accounting for over one third of all intracranial tumors diagnosed in the United States in recent years. The incidence of meningioma varies with age, race, gender, environmental exposures (e.g., ionizing radiation), and genetic disorders, among other factors. This article will attempt to address some of the most common causes of meningiomas. 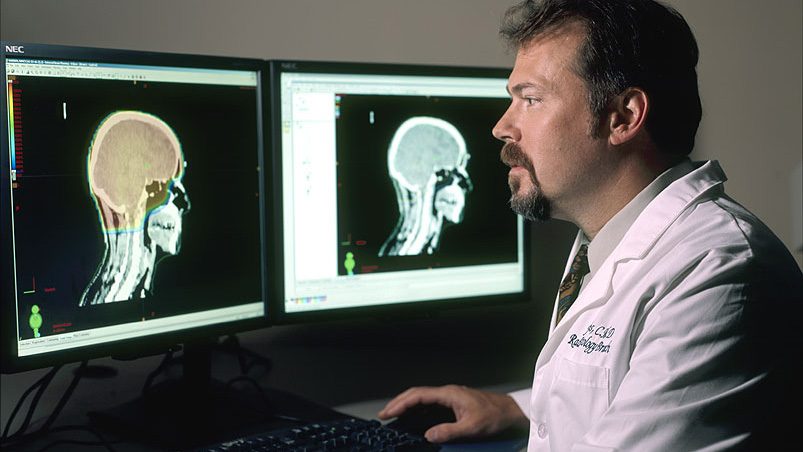 How Does Age Influence the Risk of Developing a Meningioma?

As with most types of tumors, the risk of developing a meningioma increases with age. Meningiomas are exceedingly rare in children and young adults less than 20 years of age. In the third decade of life, a small proportion of cases occur.

The incidence of meningioma then rises in an almost linear fashion with age such that most meningiomas are discovered in patients 65 years and older. The accumulation of genetic changes and/or damage to our cells over time may contribute to this observation, though why exactly aging increases the risk of developing a meningioma is still being investigated.

Does the Incidence of Meningiomas Differ by Race?

A higher incidence of meningioma has been observed in non-Hispanic Blacks, as compared to non-Hispanic Whites, Hispanics, and Asian and Pacific Islanders.

Does Ionizing Radiation Increase the Risk of Developing a Meningioma?

Although exposure to a higher number of full-mouth dental X-rays has been linked to an increased risk of developing meningioma in several studies, the benefits of these X-rays for diagnosis and treatment of dental disorders often outweigh this potential risk.

Are Meningiomas Hereditary? Do They Run in Families?

Several studies have reported an increased risk of meningioma in first-degree relatives of patients with a meningioma diagnosis. This suggests that there are genes that may contribute to the formation of meningiomas, perhaps by influencing the immune system or the production of hormones. However, the exact ways in which genetics plays a role in meningioma development is unclear.

The most common genetic disorder associated with meningiomas is Neurofibromatosis type 2 (NF2). Abnormalities in the genes NF1, PTCH1, CREBBP, VHL, PTEN, and CDKN2A may also contribute to the formation of meningiomas.

Possibly, but we are still not sure. Although meningiomas more commonly occur in women as compared to men, have several hormone receptors, and change in size over the course of the menstrual cycle and during pregnancy, the relationship between hormones and meningiomas is still under investigation. A clear relationship, either causative or protective, has not been clearly established.

Do Contraceptives Influence the Risk of Developing a Meningioma?

Does Obesity Increase the Risk for Meningioma?

Are Meningiomas Caused by Trauma?

Meningiomas are the most common primary brain tumor. Increased risk of meningioma has been associated with increasing age (over 65 years of age), African American race, female gender, past exposure to either high- or low-dose ionizing radiation, a positive family history, and certain genetic disorders (e.g. Neurofibromatosis type 2). The relationship between meningioma risk and hormones, oral contraceptive use, and obesity warrants further investigation.