If you or a loved one has recently been diagnosed with a meningioma, it is common to have a lot of questions regarding the diagnosis. Meningiomas are the most common brain tumor, accounting for over one third of all intracranial tumors diagnosed in the United States in recent years. The World Health Organization (WHO) classification system for meningiomas delineates between Grade I, Grade II, and Grade III meningiomas. This delineation is based on the pathology of the tumor (how the cells look under a microscope) and can be used to predict disease progression and therefore survival/prognosis.

Healthcare professionals often use the WHO classification system when discussing the diagnosis of a meningioma with patients. This article will attempt to answer the commonly asked questions about meningioma grading system, allowing you to make informed care decisions.

What Is a WHO Grade I Meningioma?

WHO Grade I meningiomas are benign tumors with the following cell types:

These benign tumors grow at a slower rate, are less likely to invade adjacent brain tissue or spread to other locations throughout the body (i.e., metastasize), and generally have a more favorable prognosis. Grade I meningiomas are less likely to recur after tumor resection.

What Is a WHO Grade II Meningioma?

WHO Grade II meningiomas are atypical tumors with the following cell types:

What Is a WHO Grade III Meningioma?

WHO Grade III meningiomas are considered malignant tumors with the following cell types:

These malignant tumors grow more rapidly, are more likely to invade adjacent brain tissue or spread to other locations throughout the body, and do not have as favorable of a prognosis as benign tumors. Grade III meningiomas are more likely to grow back after initial tumor resection. 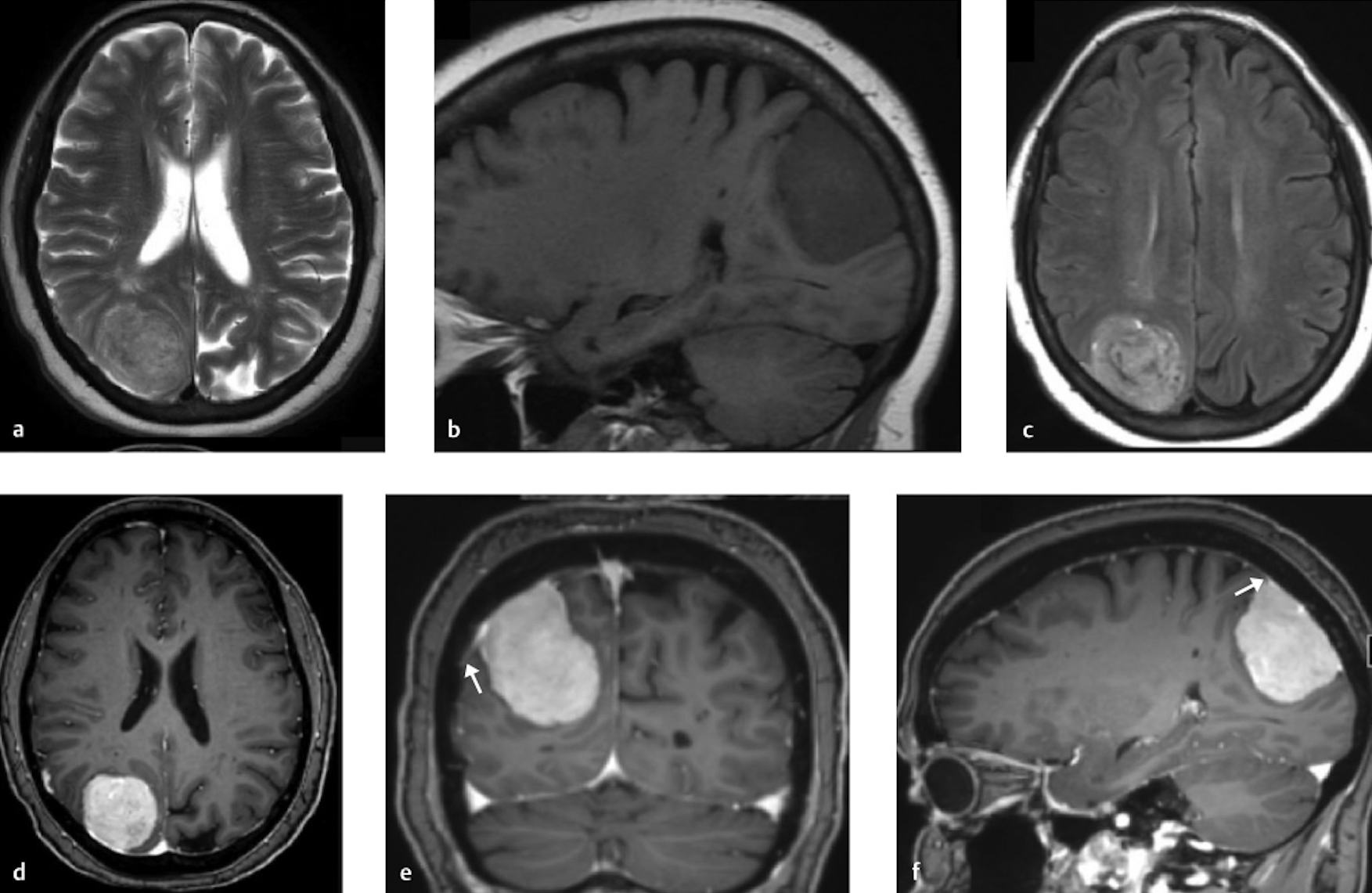 Figure 1. Example of a right parieto-occipital meningioma on a variety of MRI sequences.

The WHO classification system of meningiomas is commonly used during discussions with patients and caregivers. The grade of a meningioma is significant in terms of disease progression and prognosis. Grade I and Grade II meningiomas are non-malignant and are the majority of meningiomas encountered. These non-malignant tumors typically have better outcomes than Grade III (malignant) meningiomas. It is important to be aware of these differences, as this information may guide treatment options including radiation treatment after surgical resection.