Function and Anatomy of the Pituitary Gland

The pituitary gland is a small round structure located at the base of your brain. Despite being about the size of a pea, the pituitary gland is critical because it produces several essential hormones that act on other organs in the body to maintain overall well-being.  If you develop a condition that affects the pituitary gland, learning more about its normal structure and function can help guide you on your journey through treatment and recovery.

Because the pituitary gland controls many aspects of our health, it can be confusing to understand a diagnosis related to pituitary dysfunction. In this article, we will equip you with information about the pituitary gland itself, including its anatomy, how it works, the hormones associated with it, and what they do. 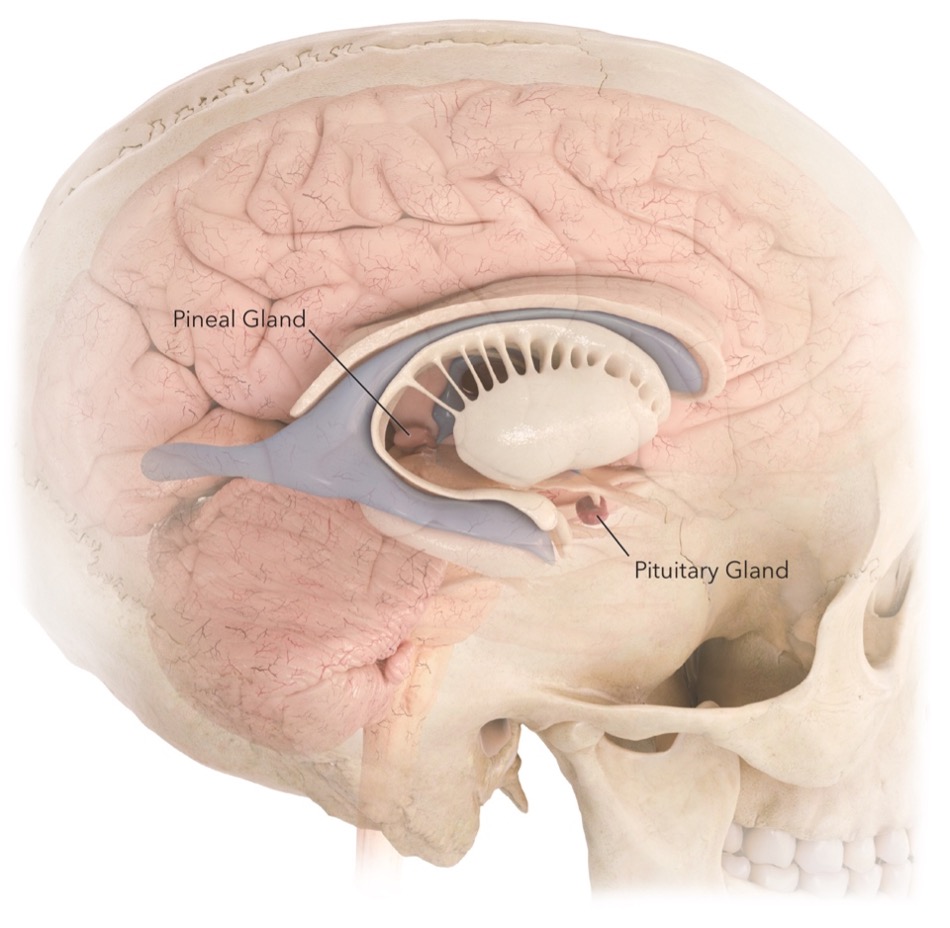 Figure 1. The pituitary gland is a small round structure located at the base of the brain.

The Role Your Pituitary Gland Plays in Your Body

The pituitary gland is sometimes referred to as the master gland because it is responsible for the release of many hormones needed for your body to survive and grow. Pituitary functions all revolve around maintaining the equilibrium of your bodily systems to achieve a steady state. This steady state is known as homeostasis, and it serves as the baseline for normal functioning of your organs. To achieve homeostasis, your pituitary gland releases chemicals called hormones that travel through the bloodstream and act on other glands to either increase or decrease their activity.

The hypothalamus is the part of your brain responsible for controlling parts of your nervous system and the release of hormones, including those secreted by your pituitary gland. When the hypothalamus receives chemical signals from your nerve cells, it reacts to these signals by triggering the release of pituitary hormones, which in turn will regulate your body's systems appropriately.

ADH is also released in response to the body's level of hydration, but its purpose is to ensure that the concentration of important electrolytes such as sodium and other molecules such as glucose remain within normal range. Like aldosterone, higher levels of ADH cause the kidney to hold onto more water during times of dehydration. Conversely, when you are well hydrated, the pituitary gland releases less ADH, which causes the kidneys to hold onto less water and increases urination.

FSH and LH are both responsible for regulating sexual functions. FSH and LH control the production of sperm, stimulate the growth of eggs in the ovaries, and regulate ovulation and menstrual cycles. During puberty, FSH and LH production increases, sending the signal to the ovaries and testes to produce greater amounts of estrogen and testosterone, respectively.

Prolactin stimulates the growth of breasts and lactation. It is typically produced at low levels, but the amount of prolactin in the body increases during puberty for breast development and again during pregnancy to prepare the mother for breastfeeding.

While prolactin stimulates breast milk production, oxytocin is responsible for the actual release of the milk during breastfeeding. Your hypothalamus makes oxytocin, and the pituitary gland stores and releases it. In addition, the release of oxytocin stimulates uterus contraction during labor.

The Pituitary Gland's Makeup and Location

Your pituitary gland is located at the base of your brain, just behind your nose and eyes, and beneath your hypothalamus in a bony pocket called the sella turcica. The gland is split into front (anterior) and back (posterior) lobes, each responsible for releasing different hormones. The anterior lobe releases six of the eight pituitary hormones, while the posterior section releases the remaining two.

Treatment for pituitary tumors may involve a surgical procedure where the doctor passes long instruments through the nose to reach the area where the gland is located. In certain types of pituitary tumors such as prolactinomas, medications may be all that is necessary.

Your pituitary gland is responsible for releasing hormones that control a variety of critical functions in your body. Conditions like tumors that affect the pituitary gland could cause dysfunction in the secretion of these hormones, which can adversely affect your vision, metabolism, sexual functios, growth, hydration, and nervous system. Knowledge of the anatomy and function of the pituitary gland can help you to identify and understand your condition and symptoms.