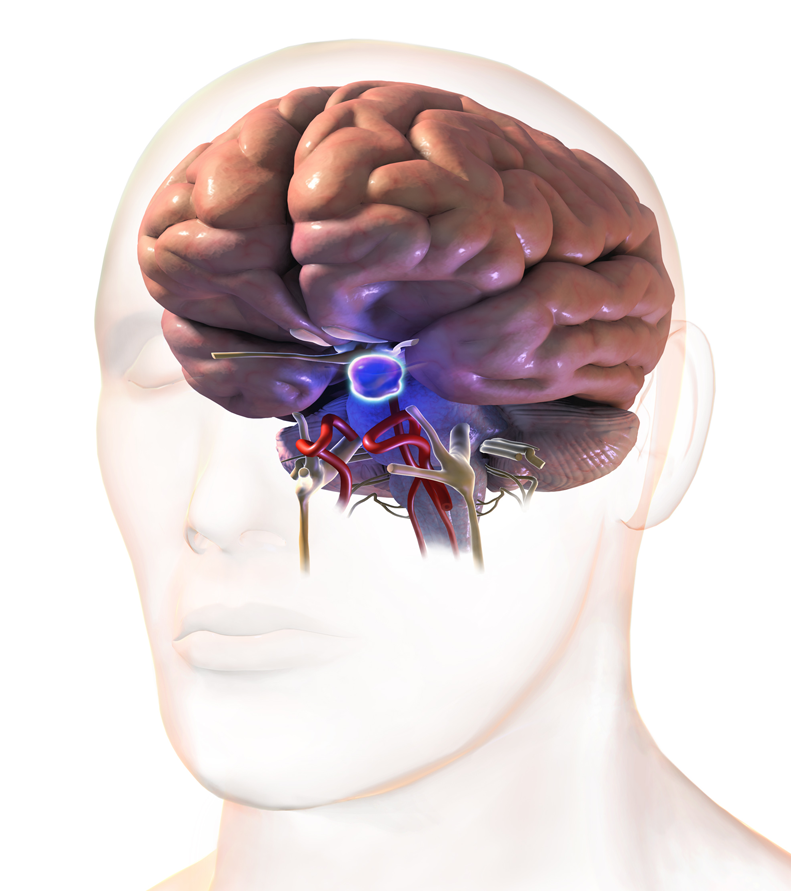 The diagnosis of any tumor can be stressful. Fortunately, most pituitary tumors are slow growing and non-cancerous (they rarely spread to other parts of the body), are rarely fatal, and may not cause symptoms for many years. The pituitary gland controls the balance of many hormones in the body, so pituitary tumors that do cause problems can present in a number of different ways.

Pituitary tumors are the fourth most common tumor that can occur in the central nervous system, with about 10,000 occurring yearly in the United States. Most of these are non-cancerous and clinically silent (causing no symptoms). It is thought that up to 1 in 5 people have a pituitary tumor. Generally, pituitary tumors are more common in adults aged 30–40 but can occur rarely in children. They are more common in women than men and occur more frequently in African Americans compared with other races.

The survival rate is excellent and depends on many factors, but the National Cancer Institute estimates that 97% of people with pituitary tumors live at least 5 years after diagnosis.

How Do Size and Behavior of Pituitary Tumors Affect Symptoms?

Microadenomas are normally functional tumors. Because they disturb the delicate balance of hormones in the body, they can cause symptoms that can be detected earlier than non-functional tumors. These symptoms can range from changes in menstrual cycles, infertility, to heat and cold intolerance. The pituitary gland secretes many hormones. Tumors of the pituitary gland are often named for the hormone that is excessively released:

Macroadenomas are usually non-functional (do not secrete hormones). Because they often lack hormone dysregulation symptoms, they remain silent for some time and are diagnosed later when the tumor grows large enough to push on other structures in the brain. When a tumor grows and presses on nearby structures, it is referred to as causing “mass effect.” Common symptoms due to mass effect of non-functional pituitary tumors include vision problems such as vision loss, blurry vision, dull color perception, and even headaches from compression of the optic nerves above the pituitary gland.

Macroadenomas can also become large enough to compress the normal parts of the pituitary gland to the point hormones fail to be secreted. This is known as pituitary insufficiency or hypopituitarism. This is the opposite of functional adenomas that secrete too many hormones. In this situation, the specific symptoms also depend on which hormone or hormones are insufficient.

Patients often wonder if pituitary tumors can cause ear problems. It is possible for certain types of pituitary tumors to be associated with hearing loss such as growth hormone-secreting tumor in adults causing gigantism.

In addition to a patient’s medical history, physical exam, and laboratory tests, medical imaging is a reliable method for detecting pituitary tumors. The two most commonly used imaging techniques are called magnetic resonance imaging (MRI) and computed tomography (CT scan). CT scans are used in an emergency setting and often detect these tumors during an unrelated encounter. MRI is used more commonly if a tumor is suspected because it can produce a more detailed image of the tumor.

An MRI will show an enlarged uniform mass where the pituitary gland is located. This mass may push on nearby structures. A CT scan will show the same enlarged mass, but may not be sensitive enough to detect smaller tumors.

Understanding the basics about the different types of pituitary tumors and their associated symptoms can decrease the patient’s anxiety as he or she works with their physician towards designing the final treatment.