Subarachnoid Hemorrhage: What the Patient Needs to Know

Treatment options for subarachnoid hemorrhage include surgery (including an endovascular procedure like an angiogram) to stop the bleeding from a ruptured aneurysm or arteriovenous malformation and medications to control pain and prevent vasospasm (clamping down of the brain blood vessels). Unfortunately, only up to a third of patients survive without neurological deficits.

What Is a Subarachnoid Hemorrhage?

A subarachnoid hemorrhage is a life-threatening condition where bleeding occurs in the space around your brain. This blood accumulates under the arachnoid layer of the membranous covering of the brain (meninges), giving this condition its name.

Although bleeding control and restoration of normal blood flow will be of utmost priority, other problems can arise from a subarachnoid hemorrhage. Normally, the subarachnoid space is filled with clear cerebrospinal fluid (CSF) that is continuously produced to cushion and protect the brain. Bleeding into this space can block the normal flow of CSF. CSF accumulation within the brain leads to increased intracranial pressure in a condition known as hydrocephalus.

A few days after subarachnoid hemorrhage, red blood cells are broken down and release substances that irritate the lining of blood vessels, causing it to contract and spasm (vasospasm). This contraction narrows the diameter of previously healthy blood vessels and impedes the passage of oxygen to other regions of the brain. Delaying treatment for a subarachnoid hemorrhage and vasospasm can cause permanent brain damage, coma, and even death. 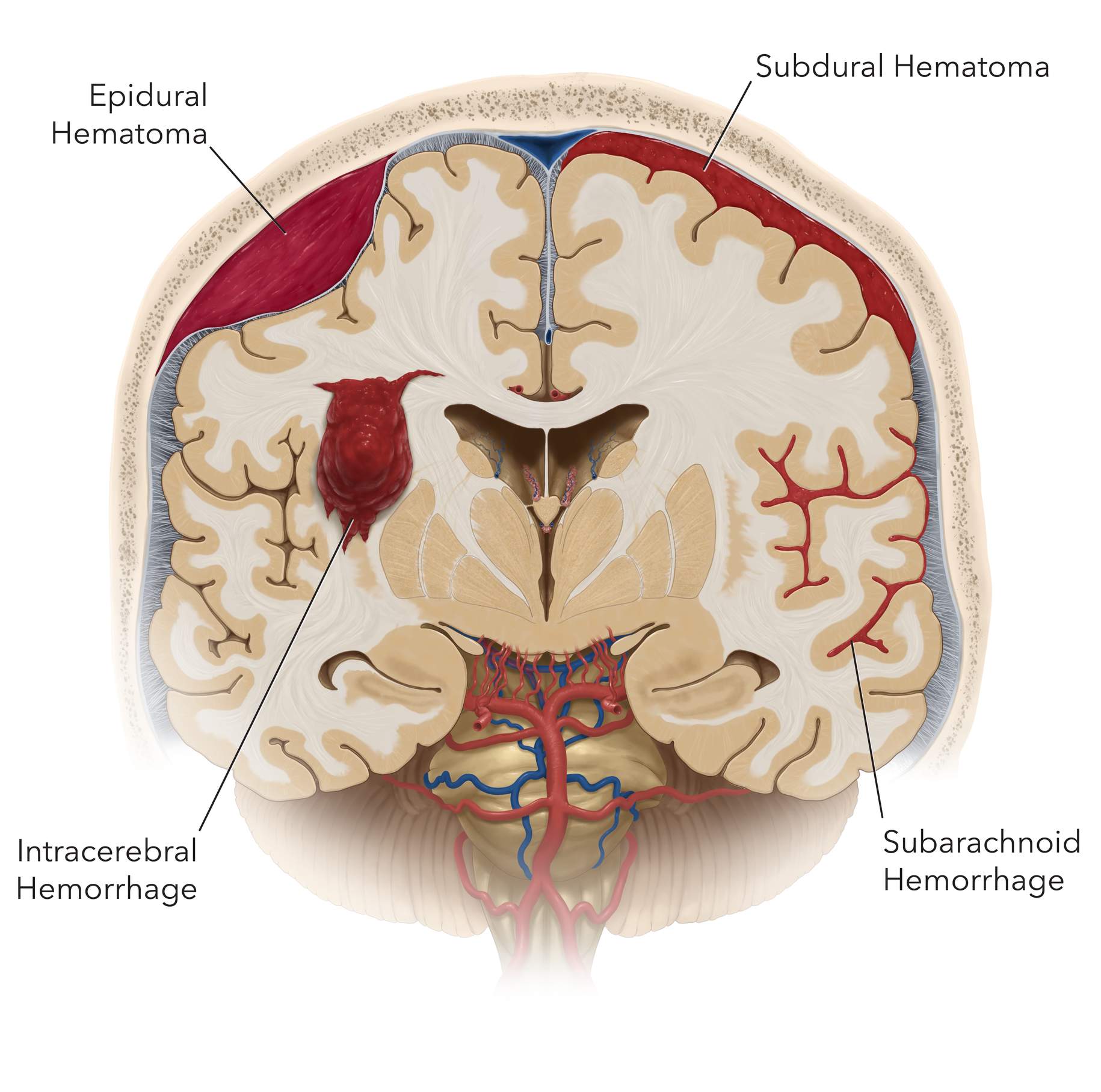 Figure 1. Different types of intracranial hemorrhage. In subarachnoid hemorrhage, blood accumulates in the space surrounding the brain after aneurysm rupture. This is different than hemorrhage or bleeding on the brain (subdural or epidural hematoma) and within the brain (intracerebral hemorrhage/hematoma).

The classic symptom of a subarachnoid hemorrhage is a sudden and severe “thunderclap” headache, commonly described as “the worst headache of my life”. Other symptoms can include:

CT uses X-rays to image the brain and can identify abnormal bleeding. In CT angiography, a contrast dye is injected into the blood stream to view blood flow. CT scans are quicker to perform than MRI scans and are typically the initial imaging method of choice in the emergency setting of subarachnoid hemorrhage.

MRI uses magnetic fields and radiofrequency waves to detect bleeding in the brain. In MRI angiography, a dye may be injected into the blood stream to better visualize the blood vessels. Although there is no radiation exposure, MRI scans take a longer time to perform than a CT scan. MRIs may be used if the patient’s condition has stabilized or to provide more information when bleeding cannot be detected by CT.

Cerebral angiography involves the insertion of a thin tube (catheter) into a blood vessel. This catheter usually starts in an artery in the arm or leg, then is guided up to the brain. A cerebral angiography may be recommended if a more detailed image is required, or if the source of subarachnoid hemorrhage is not apparent on other modes of imaging.

In a lumbar puncture, a needle is inserted into your lower back and spinal canal. Cerebrospinal fluid can be collected and analyzed for the abnormal presence of blood. 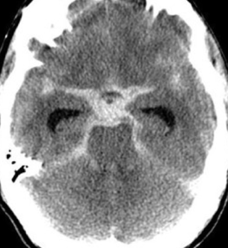 Figure 2. CT scan of a subarachnoid hemorrhage with a typical “star sign” (lighter area in the center) depicting blood in the subarachnoid spaces.

A subarachnoid hemorrhage is a life-threatening emergency. The goals of treatment are to stabilize the patient’s condition, address the source of bleeding, restore normal blood flow, and prevent complications.

Patients who are on blood thinners (for example, Jantoven) will be provided medications to reverse the effects so that blood clotting can occur and help to stop the bleeding. Medications to control pain and maintain a healthy intracranial pressure will also be administered. To prevent vasospasm, a medication called nimodipine is given within a few days after symptom onset.

While improvements in patient treatment are continuously developing, approximately a third of survivors live with impaired brain function. Even for patients who are considered to have good outcomes, many may still experience cognitive deficits. Working with doctors and rehabilitation therapists can help to improve recovery.

Please refer to our aneurysm and arteriovenous malformation chapters for more information about their treatment and recovery.

Hydrocephalus—abnormal accumulation of fluid within the brain