Craniopharyngiomas comprise 10% to 15% of pituitary tumors and about 6% of all brain tumors in children. Most children diagnosed with craniopharyngiomas are aged between 5 and 14 years. Adults can also develop these tumors, and most are over 50 years of age.

Although the tumors are benign (non-cancerous), they often come to medical attention when they grow large enough to exert pressure on the brain and surrounding structures such as the optic nerves (vision nerves), pituitary gland, and hypothalamus. Once a craniopharyngioma is diagnosed, patients can then be directed to appropriate treatment options.

Endocrinologists, ophthalmologists, and neurosurgeons along with other teams are involved with the care of patients suffering from craniopharyngiomas.

Patients with craniopharyngiomas can present with various symptoms. The most common symptoms, particularly among children, include:

How to Diagnose Craniopharyngioma

Diagnosing craniopharyngioma is a step-by-step process that typically begins when a patient reports their symptoms to a physician. If the physician suspects that a brain tumor is a possible cause of these symptoms, he or she may then order additional tests to confirm the diagnosis. The following describes what may be involved in diagnosing a craniopharyngioma.

The diagnosis of craniopharyngioma requires obtaining a comprehensive history and physical exam. In this stage of diagnosis, the physician will ask questions about your symptoms and medical history, then will examine relevant body structures. The neurological exam will assess for abnormalities in sensation or movement, coordination, gait, vision and eye movements, and nerve functioning.

Blood tests are useful for detecting hormone deficiencies. Because a craniopharyngioma is located near structures critical to produce hormones (pituitary gland, hypothalamus), symptoms are often related to hormonal abnormalities. A lower-than-normal hormone level in the blood may help to narrow the diagnosis. Urine tests can also detect abnormalities in hormones that regulate kidney functioning.

Imaging tests (e.g., CT, MRI) pinpoint the exact location of the tumor and can help to differentiate craniopharyngioma from other tumors based on their characteristic appearance.

A computed tomography (CT) scan takes pictures of the brain from various angles using X-rays. The images are then combined to form a detailed 3D image that shows abnormalities, including tumors, with the help of a computer. Sometimes, a contrast medium (dye) is administered to provide better detail during the scan.

The dye is injected into the patient's vein. The CT scans can be useful for detecting tumor calcifications commonly found in adamantinomatous craniopharyngiomas. 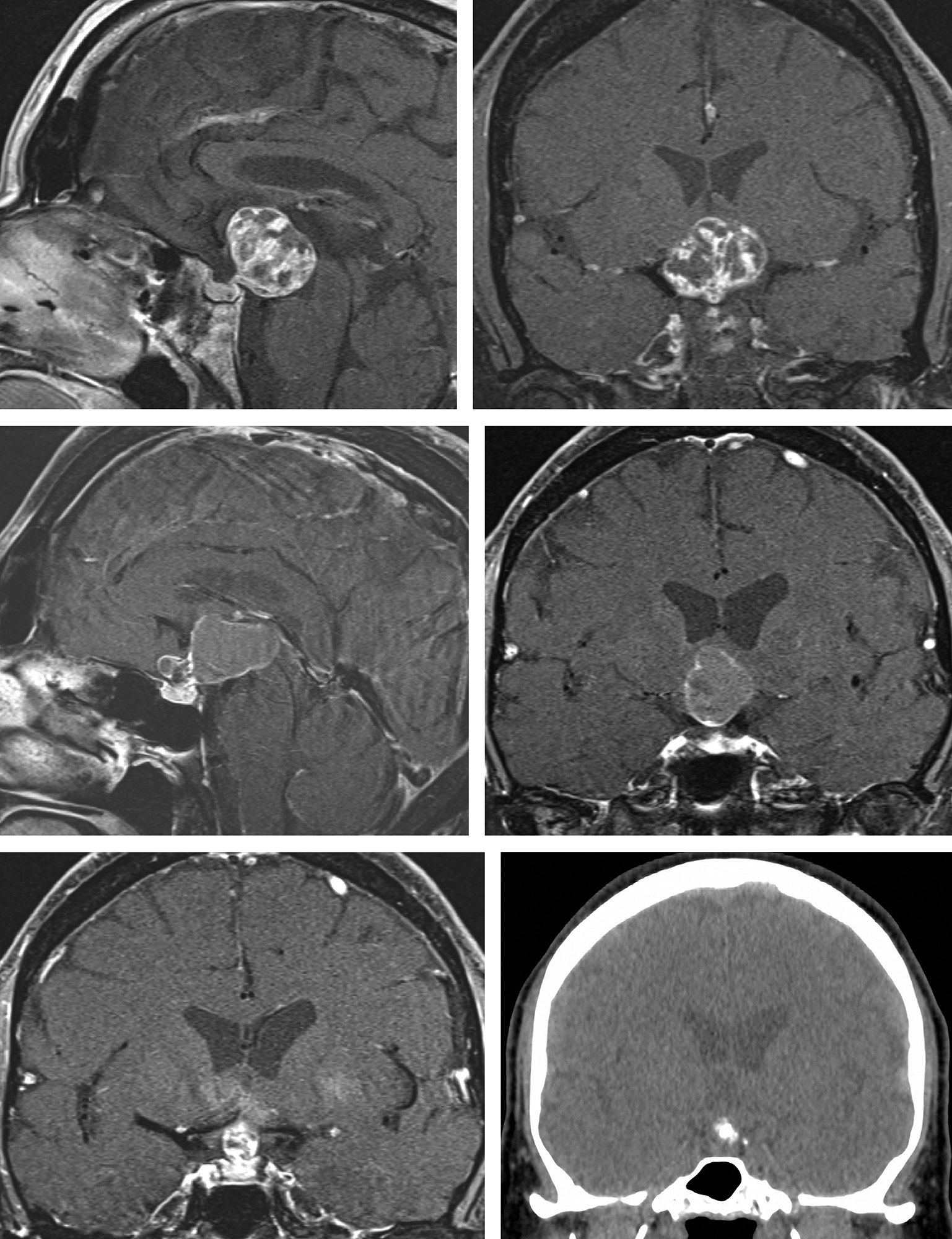 Figure 1: Please see the appearance of a cystic craniopharyngioma on MRI and evidence of calcification on a CT scan (right lower corner, bright white nodule.)

Magnetic resonance imaging (MRI) uses magnetic fields to produce detailed images of the brain. Like in CT scans, a special dye called contrast material may be injected into the patient's vein to highlight the tumor. 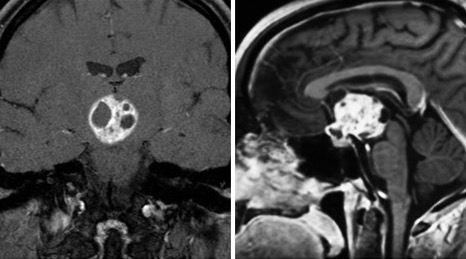 Figure 2: MRI findings of a typical craniopharyngioma with strong enhancement (bright white) due to high protein content and calcifications.

Although a combination of laboratory and imaging tests are often all that is needed to be confident about a diagnosis of craniopharyngioma, a biopsy during surgery may be obtained for definitive confirmation.

How to Differentiate Between Craniopharyngiomas and Other Pituitary Tumors

Besides craniopharyngiomas, there are other masses that can develop in the same region such as pituitary adenomas and Rathke cleft cysts. Physicians can determine which may be more likely based on epidemiology and radiographic features.

Craniopharyngiomas more commonly affect children aged 5–14 and adults over 50 years of age, though they are a relatively rare type of brain tumor. In contrast, pituitary adenomas are typically found in older adults and are one of the most common types of primary brain tumors.

Radiographic features help in distinguishing between the different pituitary lesions by composition. Craniopharyngiomas are cystic, solid, or mixed and may have calcified regions. In contrast, Rathke cleft cysts are often exclusively cystic, and calcifications occur more often in craniopharyngiomas than pituitary adenomas.

Are You Born With Craniopharyngioma?

It is thought that craniopharyngiomas arise from remnants of Rathke's pouch or the craniopharyngeal duct. Most of these structures disappear by the time we are born, but a small collection of cells normally persists. Mutations leading to abnormal cell growth in these cells may contribute to the development of a craniopharyngioma. It is exceedingly rare to be born with a craniopharyngioma.

Craniopharyngiomas may not be diagnosed until they grow large enough to cause symptoms. Diagnosis will typically involve laboratory and imaging tests. Craniopharyngiomas can be differentiated from other tumors or masses in the same region by their characteristic appearance on imaging and epidemiology.